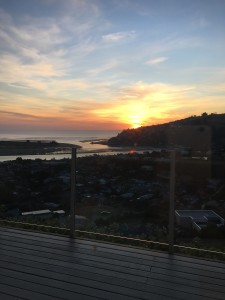 In September 2010 there was an earthquake in Christchurch (https://www.google.co.nz/search?q=earthquake+in+christchurch&ie=UTF-8&oe=UTF-8&hl=en-us&client=safari&gfe_rd=cr&ei=9RzZVpjVC6nu8wfdqq5Y#hl=en-us&q=2010+Canterbury+earthquake&stick=H4sIAAAAAAAAAONgFuLSz9U3SE-3zE4rUgKzk6ssykxztARcMosTi0tSi4IzU1LLEyuLAWCtLJYsAAAA) which was followed by a devastating one in February 2011 that handicapped the city with over 170 dead people mostly in one particular school and took the life of all the resident in that building (https://en.m.wikipedia.org/wiki/2011_Christchurch_earthquake) my friend owned the school and he died along with the teachers and the students. The news was very sad indeed and the funny thing is when I woke up in the morning that day and heard the news I first called him, his voice mail was on and I recorded a message. Two days later I heard that he had died, I miss him a lot and i know that if had lived he would be the main inspiration for Christchurch to rebuild itself. 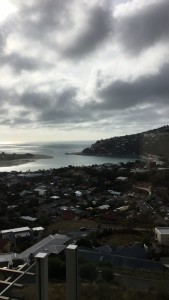 I had been to Christchurch three times since then and what I saw this time showed the love and determination of those Christchurchains who stayed in the city after the devastation and were determined to rebuild it. A new mall sprung up called restart mall made out of old containers and with that the restoration and build up of ancient buildings took place. All the buildings that were still standing were evacuated and received extensive checks for any internal damages. Homes were checked and so did malls and shops. The universities made tents to continue teaching the students and schools didn’t stop learning. The foreign students stopped coming however later on they must have realized that education should not be prevented by the mere thought of something as small as an earthquake !! So they started to arrive.
What I really liked is that everywhere one walks one finds pieces of art here and there, nice graffiti and sculptures scattered in the makeshift areas. So despite the extreme damage the artists kept their cool and had to paint those walls and show how the city is determined to erupt itself like a volcano!!
What worries me though is the Arab world, despite the changes that are being made here and all the rebuilding and modernization of the city they are not budging and no intention of making peace with the city. The education industry suffered tremendously as the Arabs formed a great export income. They however continued to go to California and Japan and other places that have earthquake similar to desert for dinner. Us the Arabs are forgetful but unfortunately are not forgiving. Let’s flock the city again as I miss hearing the voices of my students in the computer labs as well as the cafes of Christchurch.