Not sure if you had read my previous blog, many did and thought it was enlightening which is great. However i had forgotten to mention few important things that are normally done in our wedding ceremonies. The first thing is the grinding the sugar Chrystal on the brides head while the priest is asking her the question; this means that her life will be as sweet as sugar for ever and ever. Normally that sugar is collected and used when tea is prepared for the bride and the groom, which signifies sharing the happiness for the rest of their lives together.

The second thing is the money that is thrown on the bride and the groom, the dancers, those that sing, and the children that attend the ceremony. This is normally a hilarious event, as many would stop whatever they are doing to collect the money they are being bombarded with, especially when the children fall on top of each other. for my sons ceremony i was late in arriving to the place, as my daughter had to have that change to threw on him and the others, we had to stop at tens of shops to collect enough change for her, which made me furious as the guests and family were calling me and the priest threatened to leave. 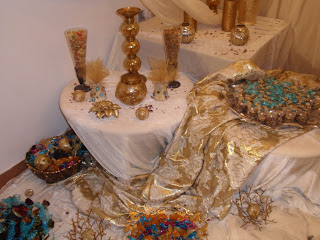 The third thing of course is the giveaways, I wonder how I had forgotten about them. people become very imaginative and give away things to remind them of the ceremony; for example, little bottles of perfume, ornaments to be placed on desks, sweets, chocolates and so on. These also are repeated at the wedding parties. Thus far I am thinking of what to give to the guests, if you have suggestions tell me. 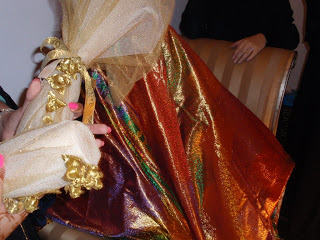 Anyway, today one of my friends visited us, and she had the Nuthoor (the money, sweets, jasmins and mashmooms) and we all gathered, had my son in the middle and sang while she bombarded him with the mixture, for me, the chocolates was enough, the rest was collected by the rest of the family members.

I feel these customs should not disappear, so we need to tell them to our kids and grand kids; I told my son to have one of the notes, to place it in his wallet and to keep one for his fiance, as it should bring them good luck.