Employability and ranking in the Arab world 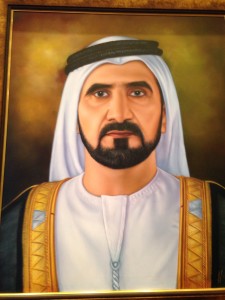 Ranking is the buzz word these days, everyone wants to be in the top 100, and that would be a difficult task unless we keep to the standards and maintain the quality needed by the ranking bodies.  I am not talking here about universities only, the ranking goes beyond that, it encompasses companies, ministries, schools, colleges, people, rich lists, best countries, high quality of life countries, best in power reduction, best in prosperity, happiness, top in millionaires per 1000 people and the list goes on.

To be ranked one has to follow the steps and keep up with the requirements that changes by the minute.  So if a country wants to be in the happy countries list, it needs to ensure that its people are happy in all the ways, so all the practices need to be followed to ensure the happiness of the people.  UAE for example had come in the happiest countries list, and its because they keep us so occupied to the extent that we do not think of committing suicide for example (kidding here), on a more formal note, a happy country needs to have people that are not begging in the streets, no one sleeps in the streets, no ill person stays without treatment, no one in jail for no reason, no bill unpaid for shortage of funds, equality in salaries and wages, jobs that are plenty, ability to start a business on a shoe string and so on.  In another word, to be happy is to be able to work and earn money to satisfy every want and need that one feels to have.

Back to the universities and its ranking, one of the main criterion for ranking is employability, half the universities that were ranked had some results on that field, but the other half had no reply from employers, which means that the employers did not think that the student made a difference to his or her job due to being in that university.

Also for a student to be successful, he or she need to have an internship tagged to his or her studies.  In order to do this the universities have to have tie ups with the industry in the country to enable the internship.  So far so good, however the employers will be fined if the compliance offices find a student working in the company without an employment card, which costs the company (that is doing the favour to the student and the university) something like 150 dollars, beside the time that it takes to apply for the card.  So who is to blame if a student doesn’t get a job?

I feel that the universities that needs to be ranked has to lobby the government (that wants to be described as a country with a vision for education) to remove that requirement and to make it easy on the students to find internships.  I couldn’t believe my ears when the compliance officer thought that we are training the students and said that (we are not a training company) so the idea of internship is not an intrinsic thing in the mind of the government that thought of itself as an education hub and we will attract all the students in the world to our country.

Something has to be done, my suggestion is that the universities have to talk to the government for some enlightenment to ensure that students are better dealt with and are trained.