How I waste my money 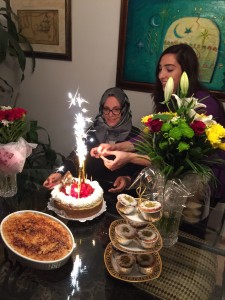 I figured why I lose my money and never seem to be able to save it. Like yesterday I had 300 dirhams in my pocket, went out with a friend and didn’t want to buy anything as was just accompanying her. I ended up buying stuff that I don’t need like tea, tea holder and tea bag snapper; Then I paid for a jewelry that needed repair and little bits and pieces that amounts to nothing. And this happenes whenever I have a little chore to do outside the comfort of my home or office. However what happened this morning tops it all up.
Since I started my diet I stopped eating junk food, however I love cakes so I invented a cake that has no oil, nor flour or sugar!! Yes of course I did, and it tasted so yum, furthermore no one believed that it’s not a real cake. The cake costs me 100 dirhams as it’s made with quinoa flour, almond powder, eggs, raisins, pecan, baking powder and little honey. I am known to be the best cake maker in my family but this cake topped it all. I made it few times and it was a great success especially it has less than 100 calories per small slice!!
So this morning I made it and after its cooled I cut a piece but for some reason the inside was a blob!!! The outer part was nice and firm but the inside was goey and I was so upset. So I thought instead of throwing it away to the birds I will make it into something else!
I put it in the blender and added cocoa powder, milk, Nutella and condensed milk, switch the blender on, and what!! Why isn’t it turning! I added a wee bit more milk and still the mixture wouldn’t blend!!! Then I turned the mixture with a wooden spoon and switched it on again, still nothing! Suddenly the smoke started to come out of the engine and we almost lost the electricity in the house, power tripped.
All in all I lost the blender, the ruined cake, cocoa powder, milk and condensed milk. In total 560 dirhams.
Ok, it’s time that I should stop this and recycle my ruined recipes to the birds. I am just worried that they will all die when I feed it to them ?
some photos of cakes that I loved 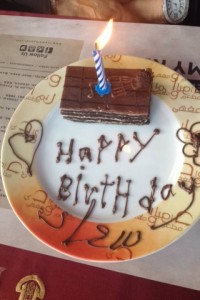 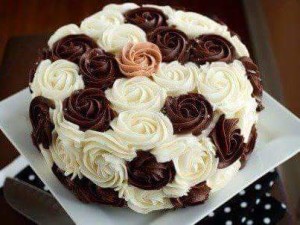 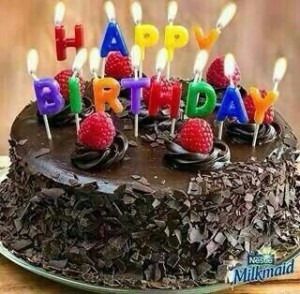