It was one of those days 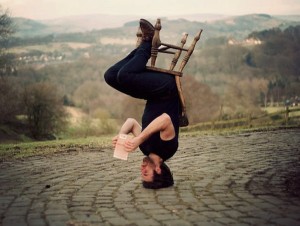 You know when sometimes everything good happens at one go, until you think that you were dreaming? or everything that is not plausible happens at once and you wonder whether you woke up on the other side of the bed?? well yesterday was one of those days.

First my agent rings me and says “if you don’t paint the door, paint the house and do the lawn in the garden, no one is going to rent your house” I take a deep breath and think that I must sort it out.

Then a mother calls and says that her son who is now studying in one of the local universities, who doesn’t like to read a lot, with not very high grades, wants to study a subject that requires high grades, great reading and writing potential and the university that she wanted to place him in is closed for admission six months ago and it also requires the best of the best to go in it! and I have to find a solution.

Then a father calls and almost on the verge of crying saying that his son was dismissed due to failing in one subject, the son is depressed and he is too, that he is worried and doesn’t know what to do! and I have to find a solution.

But listen to this, its the weirdest, a husband came for a fact finding mission for his wife, she is local so will get a scholarship, and he is not local but from a gulf country. His story is remarkable one, he looks, acts, speaks and dresses like a person from the gulf but the reality is not.  Apparently his dad was a very nice man who has registered 29 people under his name, but he only has three children, the husband I am talking about is one of them; soon the government finds out and removes the passports and the nationalities from the husband, the brothers and the other members of the family.  So now our friend who is a very articulate, and has a very good business, cannot even marry his wife to be. dilemma isn’t it? well his story is to be written but not here; the important thing is that I have to find a solution

Then at about 11 at night a mother calls and was on the verge of crying, then she actually cried her eyes off, while talking about her son whose visa was refused so many times, and she blames herself for this. who is to find a solution? of course me.

I am an optimist, and I believe in us the human beings, if we can go to the moon, stick a piece of machinery that goes around the planets, design impossible buildings, go to the centre of the earth, write novels that make you cry, and find medicine for the worst decease then we can correct the world, and we can make people live happy. I feel I have to document every thing that happens to me on a daily basis, just so it reminds me of what is out there and what we can do about it.