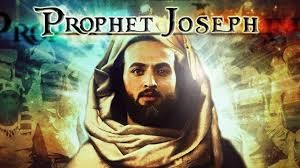 The story of Joseph as depicted by Quran is a very interesting one. this person had a dream when he was little, and when he told his father (Prophet Jacob) about it he feared for his life so he told him not to say his dream to his brothers. At that time Prophet Joseph had 11 brothers, and of course his mum and dad, so the dream was he saw 11 planets and the sun and the moon prostrating to him.  That was a dream, but the reality was he was favoured by his father, and the brothers knew that, so they wanted it to get rid of him to gain the love of their father.  What they never thought of is that the father will be thinking of Joseph only and neglect them all.

We alway brush off our dreams and think that they are only dreams, and need not be interpreted, however dreams are important to our lives, whether its something we saw when we were sleeping or our day dreaming, when we have a dream we must interpret it and find what are the reasons behind it.  We are so busy with our lives that we tend to put the dream aside and never think about it.  Dreams are the reason for our life, we must take them seriously.

The story goes that the brothers asked the father if they can take Joseph with them to play, and decided to kill him, but one of them suggested to threw him in the well;  a group of travellers came along and dropped their bucket to get some water, so little Joseph held on to the rope and they pulled him out.  They were happy as he will be taken as a slave and be sold.

The person who bought him was the then prime minister of Egypt, he told his wife to look after him and raise him as a son.  While Joseph was growing up he became a stunning young man, and the wife (Zulaikha) started to have some feelings for him and the feeling grew by the day.  In the mean time he was oblivious to that fact until one day she wanted him so badly and he ran to the door to avoid her, she chased him and tore his shirt from the back, at that moment the prime minister entered and to cover her act she claimed that Joseph wanted her.  Someone in the palace suggested that if the shirt was torn from the front then what she said is true, but if its torn from the back then she was lying.  To add to this dilemma, the women in the neighbourhood started to gossip about her, saying that she loved her slave.  To prove to them that he is not a slave but an angel, she gathered them all and gave them a knife each and asked Joseph to come out, when they saw how stunning he was they cut their hands with the knives. In that moment they all wanted him.  To prevent a disaster in town, the prime minister decided to place Joseph in prison.

After a while in prison, two new prisoners came and got to know how kind Joseph was, he was giving everyone food, and looking after the prisoners and the guards, also interpreting their dreams.  One night the two new comers had dreams and asked Joseph for interpretation.  One of them saw himself hung in the streets and birds eating off his head, the other one saw himself being the bar tender for the king’ Joseph told them the interpretation, and asked the second person to remember him when he becomes the bar tender.

After few years the king had two dreams that no one can interpret.  He saw in one 7 wheat spikelets that are green and 7 that were dead, in the second dream he saw seven healthy cows eaten by seven weak cows. The two dreams kept on repeating and the king was a bit weary about them.  He called all the interpreters in town including the priests of Amon, but no one can give him a good enough interpretation.  The bar tender remembered Joseph, he went to him and asked for the interpretation of the King’s dreams.  The king wanted to see him once he heard about the interpretation, but Joseph wanted an apology first for keeping him in prison all these years, the king called the women and the prime minister and found out that he was placed in prison for no crime that he had committed and demanded them to apologise to Joseph.

The story is long but the dreams were true and Joseph took over the planning of the crops and its storage to prevent the effect of the seven years of draught.  He saved Egypt; then he got his brothers who came to Egypt to buy some wheat, and so on and so forth, he asked them to bring their father, of course the 11 planets, moon and the sun dream came true when they all prostrated to him.

I didn’t delve into the love story that Zulaikha had had for Joseph, as it transpired, she married him at the end.

I love to read the story in Quran, and I had watched the movie as well as the series, which was brilliant, however what inspired me here is the way prophet Joseph had lived, despite all the wealth that he had underneath him, he didn’t become greedy and was so faithful to the king and to Egypt.  The other inspiration from the story is the interpretation of the dreams, so keep on dreaming guys, life is full of surprises that you don’t want to lose out on.