The real debate public vs private university and links to industry, QS-Maple 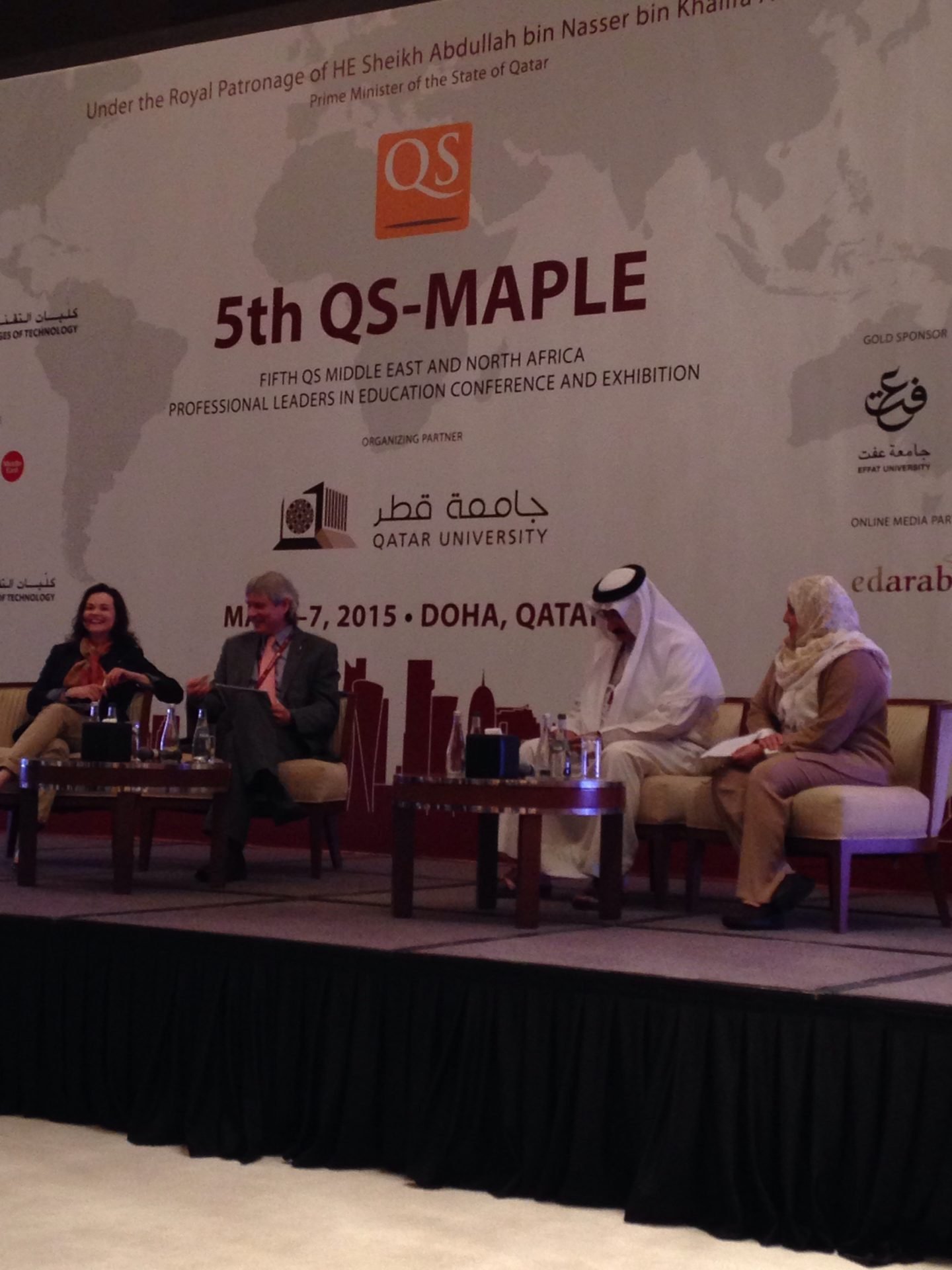 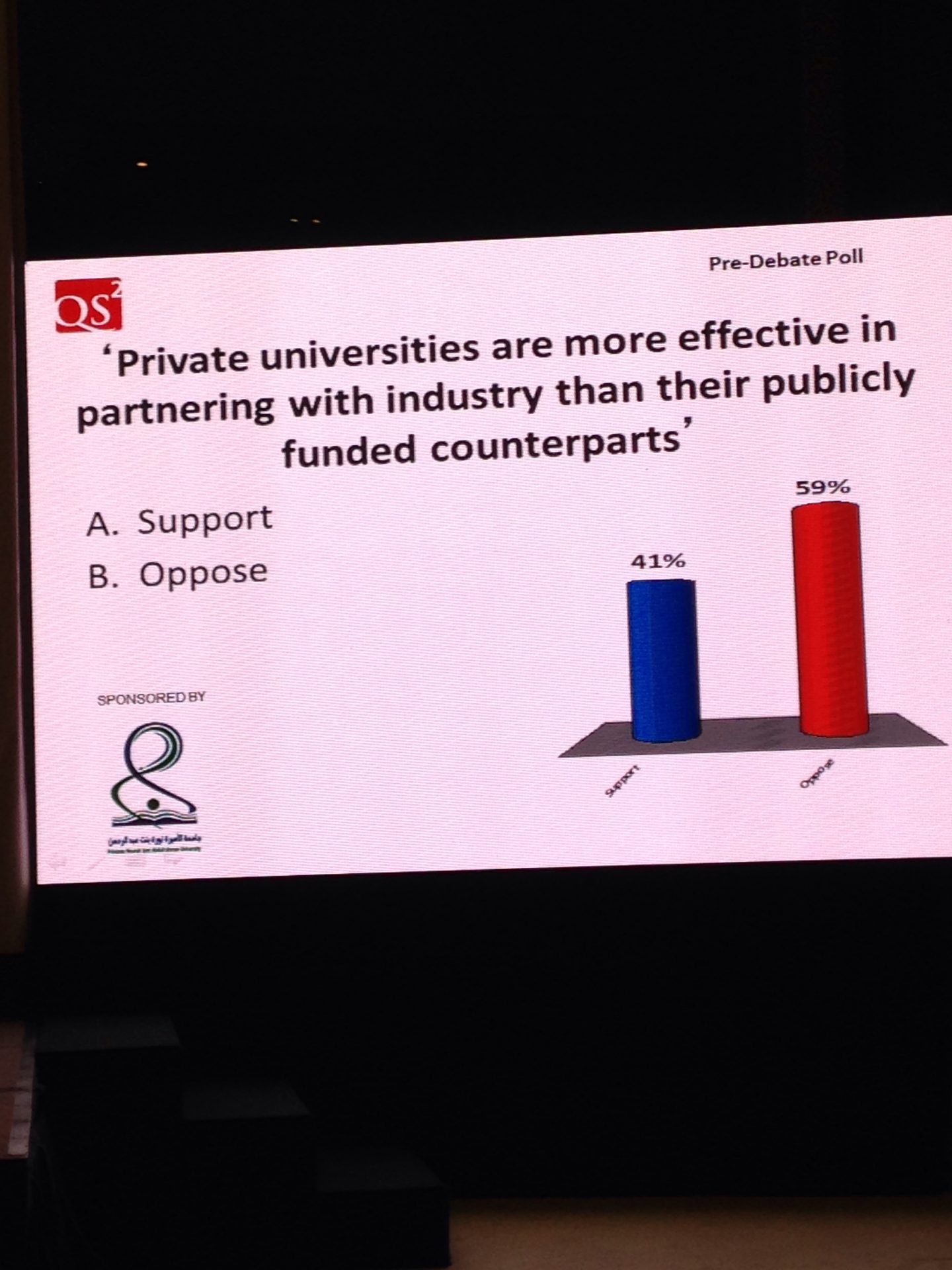 This was a hell of a debate! Many believed that public universities respond faster to industry needs and even faster to students’ needs, of course if you looked at the graph closely it could be relayed from the graph that it’s almost equal feeling for those that oppose and those that support.

Industry links is of utmost importance as that where the real crunch is! All of the students will end up there and if there is any research to be carried out then it’s easier that it’s done at the universities. It would certainly cost less than to rebuild labs and technical experiments. So who is faster in grabbing research money from the industry will win.

Now who is a winner? Well according to the opposing team the public universities recieve more funding from industry than their private counterpart; thus how can we get consensus on who is better and more responsive.
Let me give my own views on this matter, I feel that most of the private universities in the world are established by entrepreneurs who found a gap in the system and know entrepreneurs they are after quality, productivity enhancement and high return on investment.  So to my mind the private university, in principle, should react faster to industry needs not just to fulfill its ROI but also the other two factors I have mentioned above.
For the public universities, although they have all the benefits, they must remember that the governments soon will leave them to fend for themselves so they have to pretend to be as private as can be or else they will find themselves at the bottom of the mountains of rope private universities.
Well this is just a small thought that I had and I Joe it doesn’t upset anyone