I came to Turkey in 1995 when my little girl was only like three years old, we were with a group of friends, and I still remember that we had paid 1500 dirhams per person for ten days tour including everything, somebody miscalculated, or it was true, not sure about that.  The hotels were not bad, and the tours were good, we didn’t have major hickups of course, but there were minor fights between my husband (of course) and the tour operators, as he doesn’t tolerate  lies, and they were a real  bunch of liars . I remember that we were housed in a NO-Star hotel, and the flier said four star, so he told them off, and we were moved to the four star hotel.  I loved it and loved the bazaars and the mosques.

Anyway, It was lovely, but the roads were dirty, and the people were not very polished, so when friends ask me, I would say, it’s ok.  I still have all the stuff that I bought then, even the accessories, great value for money.

However we arrived yesterday, and the whole scene is different, the country is clean, a lot of bins for rubbish and recycling, very few lies so far, and very clear skies.  From my hotel room I can see as far as Topkapi palace even though we are in Takseem. The people are busy with themselves, and no one looks at us in a weird way.  The food is still as great as it was, and the quality of the stuff in shops is much more superior to what it was then, of course this time, I have my same three year old, but she is looking after me.  Mum, how do you travel on your own? She says, you have no sense of direction, she says, where are you going mum? She says, this is not the way to our hotel? Why are you talking to every body, why did you bring us to this stupid restaurant, tomorrow we choose.  Let’s go for a walk you lazy old woman.  Oh, I forgot to add that that same three year old that we went with in 1995, is now telling the air hostess to move me to business class because I am old hehe, times have changed really.

Anyway, I will keep you posted with the new things that we will see in Turkey; I am seeing few universities that will be a new destination to my students, but to those students I am saying that they shouldn’t worry, they will love it here. 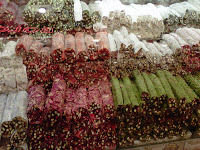 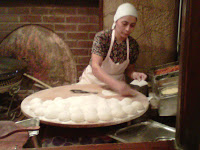 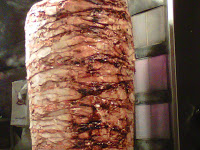