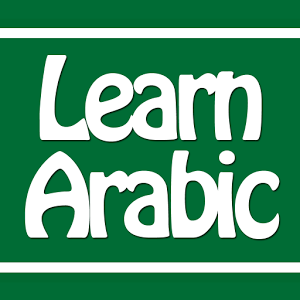 Arabic learning is compulsory at most schools in the Gulf region, even the expat children, who study Arabic in the Gulf are not fluent Arabic speaker and don’t understand the language, so the real causes of this phenomena are worth of some reflections by the various authorities.

First of all I would like to say that it is very important to study languages, every extra language makes us a different person, as the language determines the culture and the characteristics.  I am not sure if you have noticed that the food, the books, the body language and even the way people talk are different when you visit different countries.  Italians talk with their hands, French with their shoulders, Arabs shout, German stand like logs and so on.  I recall when I first studied French, unintentionally I moved my shoulders with the words.  Funny.

Studying a language requires immersion, so the student learns not only the four important capabilities (reading, writing, listening and speaking) he or she also needs to have conversational skills and a wide vocabulary to enable strong expression.  Are we teaching it in this manner to the expat community in the Gulf region and the rest of the Arab world? I don’t think so.

What lacks in teaching Arabic language is the methodology, our teachers are not experienced in teaching a language to foreign students (same way TESOL is taught), so to do this we must start with the teachers, bring them up to speed with the new methodologies of teaching and learning a language.  Also we teach Arabic by starting with the grammar, and that is wrong, we must teach the conversation first and then the grammar will fall into place.  We also teach words instead of sentences.  I know this first hand as my children learnt Arabic as a second language (having a foreign passport compel you to learn Arabic as a foreign language even though both my husband and I are Arabs, however to the school it doesn’t count, the schools abide by the passport)

The problem doesn’t lie with the various authorities in the Gulf region like KHDA and ADEC to raise the level of Arabic teaching to be on par with the teaching of other languages so the Arabic learners become fluent in speaking Arabic.  Authorities, and not curriculum designer, they cannot impose methodologies per se, they can only follow the standards and see if the schools are following it.  KHDA, ADEC and other authorities are quality assurance bodies, and are not capable of knowing if the students are learning or not.

Having multi languages in one’s CV is as important as the qualifications and the rest of the skills.  After all, the languages are skills of communications and one must ensure to list the spoken languages down as we never know when that will be utilized. Many companies need to have their team to be multi lingual, thus having listed the languages on the CV, can and will provide an advantage to the person applying for the job.  Careers will be enhanced by knowing various languages and life will be nicer.

I would like to highlight that we have very few language schools that teaches Arabic language in the same way other languages are taught.  We do have Mohammed bin Rashed cultural foundation, that teaches Arabic to foreigners, as well as few other schools, but that is not enough.  We need to have more schools and we need to make it a must to have the language.  Other countries insist that those living in the country must speak its language and all of them are successful in doing so, why are we not doing this even though we have a language that is so powerful.  Think about it, the Quran which is the miracle of the languages is written in Arabic, the best poetry is written in Arabic and our famous tale (one thousand and one night) is Arabic.  Also having 92% of the population of the Gulf as non-Arab speakers is a shame, so we need to start.