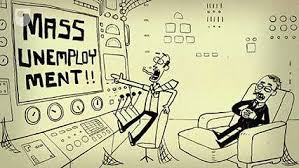 I was discussing the affairs of a certain country (that shall remain nameless) with a group of friends. The introduction of Value added tax (VAT) had brought great discussions amongst people, as everyone is saying that we are poor as it is and now we will be 5% poorer, and the VAT collected will not be used properly or spent on the country. I have studied accounting and economics, and in the western world VAT is refunded to the organisations that paid more than what it had collected and its used by the governments for projects to provide prosperity. Maybe I am naïve to assume that this will also happen in this country that we are talking about. Charging VAT is not a whim it must have come from a great study and had been started not because others are doing it too (like the children who want to own the same lego set as their friends) instead it had started because we need to do it to grew the country. Maybe I am mistaken.

That brings me to the discussion again. I said that this country is using the “Laissez-Faire” concept. Even though the actual meaning of the phrase is “leave everyone to do what they like economically”, but it is a plan. According to the dictionary (the easiest way to find a meaning of any word), laissez Fair is a French word which actually means that a theory of making the economy grow by allowing the people to go about buying, selling of goods and services without any control, you will find it under Politics/government  (An economic theory or plan in which a government does not have many laws or rules to control the buying and selling of goods and services).

You will find sellers of local products scattered in the roads or by the beaches selling a variety of local goods (I wish I can see also massage services similar to Thailand) and charging very low prices that will cover their cost and may give some profit. The goods range between made at home spices, nuts, chutneys, food, toys, local products to gaming areas for kids and many others. The families can drive around and enjoy these potpourris of products and happily pay for them.

However according to the theory, leaving the country to be filled with small entrepreneurs who will eventually grew to be real entrepreneurs, as any idea is an entrepreneurship idea. If you look at Thailand or India or Egypt you will find many sellers either walking the streets or have a permanent locations; sometimes you will try to look for the old lady that sells papaya salad, or the person that sells the salty fish. All of these sellers are not actually fooling the government, as the government knows that there are sellers on the streets and allow them to do so because it doesn’t have a plan to fund these sellers or keep them fed. and because at times of economic downturn unemployment is given fact, and no government can guarantee unemployment benefit all the time, so a Laissez-Faire economy is the plan to follow. it can be followed by capitalist countries or social countries and its not limited to autocrats or democrats.

There are man examples of street sellers around the world, I have seen it in England, New Zealand, Germany, Austria, switzerland, New York.

If the only way for people to make money or to live is to sell something, then albeit let them sell and let the people buy, and the wealth will be distributed that way. Another example is the farmers market, all the farmers are given a space to sell their fruits and vegetables and plants and they are not charged a fee to be in that space. Lets call it “a way to encourage people to become farmers”

I also found a very interesting way ,in the country we are talking about, is the rent of Awqaf* lands to people who can turn them into schools, swimming pools gardens and so on, these lands are given to the government but cannot be sold. So the renting is a good way to make some money out of them and to let people use the land for farming/schooling/small housing projects etc.

I am a great believer of this plan, it gives the country a strong edge and makes the people stand together.

I urge anyone who cannot find a job to ask around for a table and a chair and asks his/her mother to teach him/her how to make a dish or a cake and sell it in the street; making sure of the cleanliness of course and the charge. The saying “market rate” is also important to note here, so I cannot sell my harees** container more expensive than other sellers, a consistency in pricing is sort of agreed upon and “market price” is arrived at to ensure that it’s a win-win project.

I had lived in a country that allows entrepreneurs and street sellers but imposes charges on them, this of course defeats the purpose of laissez-Faire, the idea is a complete lack of interference by the government, and for laissez-faire to succeed, we must it let it be.  I urge the governments in the gulf to follow this concept and allow its citizens to enter and exit the market as they like to generate an extra dollar, a little competition to the proper shops and restaurants doesn’t hurt. In fact we may normalise the exorbitant prices.

My theory is “let those who can be”

Some meaning of words used:

*Awqaf or as know in Turkey “Waqif” means lands and houses donated for the public good and cannot be sold, and normally the government controls it and rents it.

**Harees is a dish made with meat and grains, where it cooks on low fire for a long time and then its mashed to a the consistency of porridge, it can be eaten salty or with sugar.  Its a local dish that is enjoyed by many especially in the month of Ramadhan (our fasting month)