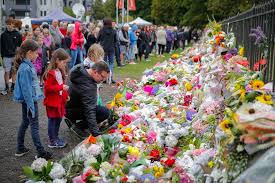 Since the start of Islam we have been grossly misunderstood, this is of course due to the many events that had happened around the world and Muslims (or so called Muslims) were part of the atrocities that happened then, I can name a few but I am not going to dust my articles with names of people who were anti humanity here. However, something happened last month that changed the world.

I would like to mention here that I read a book called “the name of the rose” which subsequently was turned to a movie. The book relays an incident that happened in 1337, in a church in Italy. The story is only interesting for my subject here because they mentioned a lot of the Islamic scholars, inventors, scientists and even though the Church had benefited from their inventions, they were still called Atheists. For example, the investigator in the story was wearing glasses that was, of course, discovered by a Muslim inventor, he said to his apprentice that since I am wearing something invented by an atheist, then I must be also called an atheist. Interesting analogy.

Islamophobia is not new, and in my 63 years, I have seen it strikingly, I am afraid at times (due to my travels around the world) to wear my proper Islamic cover, because I didn’t want people to identify me as a suspect of something that they think any Muslim would do (kill others) and that did happen, Muslims or so called Muslims did kill others and did create havoc in the name of Islam. Hence my point of not showing my beliefs. If someone asks (not their problem of course) I will answer, but I have often kept my religious identity to myself, as its something between me and god.

Also, no one really cared if a Muslim is killed, thousands of suicide bombing happened in Iraq, I Kuwait, in Saudi, in Egypt, in Syria, and many others, and these went without a mention. I remember a joke that was told to me ages ago, it goes like this, two US officials were talking head to head in a bar, and a friend came in and asked them what are they talking about, so one said, we are planning to kill 10,000 Muslims and one blond girl, the friend asked why the blond girl? The official told the other: see, my point exactly, no one would care about the ten thousand Muslims.

Back to my main subject, 50 people managed to change the world, why? Because they were living in a country that respects individuals for who they are, and what they can contribute to humanity, not for their religious associations. When the assassin did their massacre, they didn’t say a Christian killed Muslims, they said a criminal killed New Zealand citizens. I felt so proud of my association to New Zealand, I felt so proud of their prime minister, I felt proud of sending students to New Zealand, because after this incident, no one is going to try to commit such atrocities again. I was so proud to have all my kiwi friends sending me their condolences, put flowers in mosques not only in Christchurch, but also around New Zealand (and even in Bahrain). Some of my friends wore a scarf on the day of the burials and so did thousands of women in New Zealand. It was a glorious day for those that sacrificed their lives to allow this to happen.

Since that crime, the whole world around us have changed, USA mainly had changed, I saw so many reports, news, videos to prove this, and the world is not going to be scared of us anymore, because our name means peace, and I am glad to say that I am a proud Muslim.