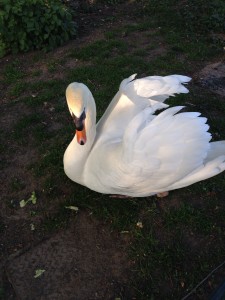 Once I heard a joke (or a tragedy) that goes like this, an american president and his secretary were talking about the next step for the middle east, a person came close to them and asked what they were scheming, so the president said: we are going to kill 10000 muslims and one blonde!  the guy said, why the blonde??  so the president looked at  the secretary, see, I told you that no one will care about the Muslims!

Also another thing that happened in the 80’s, when the ex Iraqi president bombed with chemicals and burnt the Marshes.  There are people who lived in the marshes and also lots of fish, ducks, birds, trees, shrubs and many other inhabitants that are so special for scientists and scholars.  I loved that place, and I was sad as it would take over a hundred years to re-grow that area.  I cared about the people most though, however the whole world and especially Prince Charles condemned the act because of the animals and plants, and no one mentioned the people.

Today, the news about ISIS destructing the archeological places in Syria and Iraq was on the radio, but I didn’t hear news about how many people ISIS killed in Iraq and Syria, plus the recent bombing of two mosques in Saudi Arabia.  This made me realise that we (The People) don’t matter, even though we grew the birds, we built the sites, we designed the most outstanding palaces, masjids and everything that is worth touring.  So are we The People more important? or are we not news worthy anymore?

What was God trying to tell us?
0 replies

Follow Me!
Re-writeI have no time for fear
Scroll to top