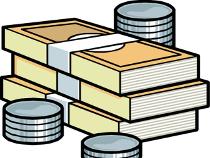 We try very hard to safeguard the students’ interest when we register them in schools and universities, we make sure that they know what they are signing up for and that the refund policy is clear to them, but what has happened in the past 14 years was not funny at all. The Schools i am talking about, without mentioning names, were not in countries that are considered bad, they were all in first world countries
In 2004, we registered a student to a Canadian school. The visa was rejected, we appealed and it was rejected again, to date the money was not refunded but we paid the student from our own funds! A hefty 50000 dirhams.
In 2007 another student went to a school in Canada, he was tarnished, mistreated and we had to bring him back, of course no refund and the mother lost all her life savings.
In 2013 a student lost all her money in Poland, and in 2015 four students lost their money in Russia. We paid all fees back to the students and till date we didn’t receive anything from the universities despite assurance of doing so.
in 2015 a student went to USA and you know how expensive is the fee there! He felt very homesick, and returned back, still no refund, despite constant writing to the school.
In 2016 two students were placed in a school in Germany, and same thing happened, no refund, until we threatened the school, they paid 80% only.
Now we are battling with a school in Poland for the same issue. The student’s visa was rejected twice and the school refused to pay the fees. Again here we will wait but I doubt very much if we will receive the fees back.
In cases like this what would a university representative do? I need opinions of those that are in our shoe’s? What would you have done? Who is safeguarding us? Should we be in a business that makes us lose funds because the schools or the universities act unethically? Who is answerable to these issues? Where are the safeguards? Whom should we complain to? Is there a student court that we can go to so we could raise our contention? is there a kind of insurance that supports us? or an international education court?  is the education field becoming similar to the real estate scam, pay and you never get anything back? is it ethical for the schools to keep the students’ funds?
I wonder what these organizations teach? And why are they allowed to practice the one thing that we all aspire for? That is EDUCATION!
Before ending this post I would like to mention an incident that happened to me in England in 1986; I was studying there, and winter was so cold that I had to buy a coat, wore it, never washed it, and just before the start of the next winter, I took it to the laundry, when I received back, it had shrunk to the extent that it didn’t fit my little son who was at that time 2.5 years old.  So I took it back to the shop.  Guess what? they apologized, refunded me the full price of the coat and the laundry cost.  I told them that I had bought it during the sale, so what they had given me is way more, but they still insisted, and apologized again.  What a stark difference between a clothing shop and a university.

I would like to know how the other agents react to these issues?