Why the Arabs are stagnant, while the world is racing on. 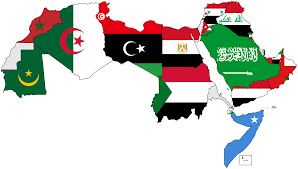 Everyone knows that we the Arabs/Muslims had a golden era when all of the scientists in the world were Muslims (https://en.wikipedia.org/wiki/List_of_Arab_scientists_and_scholars), and the rest of the world were fighting and practicing witchcrafts and other things that I don’t want to mention here.  Suddenly the industrial revelution happened, and the world was marching as fast as the wind, while we remained bedwuins.

The wars happened, first world war, second world war, the war in 1948, 1967, and so on, which made our countries only think of protecting itself.  Then we had oil, and that is a currency needed by the whole world, so we became susceptible to many problems, customized to make us only defensive, rather than builders.  We did build, don’t take me wrong,  we had schools, factories, huge buildings, golf courses, and so on, but the human beings were not focused on.  We started to look at the west, and we (the natural leaders and scientists) had forgotten our DNA’ed role and became dependent on what come to us from overseas. Our holidays are overseas, our cloths  are from overseas, our food, our cars, our bicyles, etc all came from overseas, we stopped being thinkers and manufatcurers and became the ultimate consumers.

Then a fiercer war happened.  The war that makes us hate each other. The sectarian conflict and the creation of the various groups with the ultimate goal of shredding us to pieces was underway.  We forgot about who we are, and focused on survival, as every group no matter how demented and ruthless, wished to stay on top and kill anyone that stand on its way.  I don’t want to mention Arab Spring, that is the ultimate laugh, as what happened after the so called “rise of the youth” is well known and I don’t really need to delineate who did what and who is at fault.  The trouble is while everyone is fighting, while the kids are being killed, while millions of people from around the arab world are drawning while fledding the disasters in their land, there are the merchants who benefited from this and made millions by stealing, lying, extortions, bribe, unlawful benefits that can only be described as “catastrophic” because while the cats that keep law and order are absent, the rats are having a jolly time.

We are stagnant because of oil, because of our underground wealth which was supposed to be spent on our people instead of on weapons and on wars.  We needed to have better schools, better universities, we needed to have zero poverty and strong welfare.  I am sad that countries like Japan, Switzerland, Sweden, Finland, Singapore and many like them have no natural resources but they are on the top of all the economic indicators and we all don’t even feature in the countries that applies the great rules of Islam (like feeding the poor and looking after the orphans for example)

Sometimes I don’t like to say that I am an Arab, because I feel shy that I live in a continent that is not taking care of its inhabitants.  When are we waking up and when are we removing our stagnation?