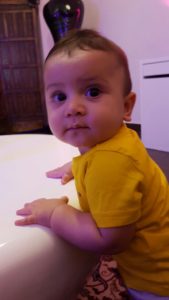 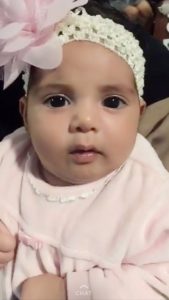 2016 has been an amazing year, forget the finances and everything that went wrong with it, we do need to dwell on that.  I was blessed with two new grandchildren, one started the year, baby Yousef and the second one in September, baby Layan.  This blessing is going to be what cherishes 2016. I will always remember the year as being one of the most important years in my life because of the happiness that I felt when I laid my eyes on them.

In general I have continued to travel for work and pleasure, and as has been the last 14 years, my life was so full that I don’t remember having a moment of idleness in it.  Between Dubai, Bahrain, Germany, England, New Zealand, Thailand, Qatar, Oman, Czech Republic and Abu Dhabi my time was well spent in meeting new universities, new people and made a lot of new friends.

I did two very important talks in this year, one for TEDx and the other one for AISEC where I tried to inspire the young generation to continue to learn even if they are in their darkest moments. Life without learning is not worth living.  I have also done three courses to learn new things and face new challenges.  Another highlight is spending one week teaching young kids about Entrepreneurship and letting them feel that life was not just another job.

Books and movies is what I have decided to do more of, so 2016 saw a lot of reading and thus have fulfilled the promise that I made to Shaikh Mohammed in the year of reading.  I completed over 15 books this year and many of them are for writers that I didn’t know about prior to this year. The movies that I had chosen have been great too, of course there were many of them that are repeats as I have these favorites that the family and I continue to watch when we feel nostalgic. However the new JKR movie “Fantastic beasts and where to find them” was really great and made me think of the possibilities in this world.  Also Collateral Beauty of Will Smith made me think about Time, Love and Death in a different tone.  Moana and Hunt for the Wilder people have both made me feel very nostalgic about New Zealand, and wish that I had written about our life in that amazing country.  this is one plan that my children and I are going to do as a project to leave this legacy for the grand kids, each one of us will write ten pages of our life in New Zealand and will decorate it with pictures in a little book that will be kept for the grand kids and whoever wants to read with us, watch this space.

Two things happened this year that sound crazy, the first is that I have moved to Bahrain (my homeland) in a matter of one month, after my youngest daughter decided to accept the job offer, so we had nothing to stay in the UAE for except the office, which we can always run by phone and email. The second crazy thing is that the ministry of education in Bahrain decided to celebrate the graduation of those that graduated between 1969 and 1990 in one go.  Well, I had graduated in 1976 with my bachelor degree, which means the ceremony happened 40 years later.  Funny!!

I have also written ten children stories fore my grand kids and a short story about a ghost that lived in a slate mine.  I am sure I will write much more and will be a published writer soon.

On a last note, the last week of this year was spent with my mother in a health spa.  My daughter, and my friend joined us and it was the most memorable thing I have ever done.  Mum enjoyed the spa so much so we decided we will have an annual pilgrim to a spa every year.  This particular spa was inspiring as most of the famous writers, poets, kings, musicians, scientists have been to it for treatment and to enjoy the serene beauty of the place that is nestled between hills and trees.

I hope you have enjoyed the year as much as I did. My resolution is to finish my book in January, please keep pestering me for it.

My plans for the new year are unknown, but I am hoping that things will happen in such a way that will make 2017 another fantastic year.

Follow Me!
Why the Arabs are stagnant, while the world is racing on.Poverty or lazyness
Scroll to top