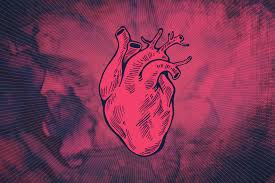 If death happens ordinarily, as in it’s time for someone to die, then it’s not as devastating as when it happens in the wrong time.  Any death is devastating, but some hurt more than usual; the emotions are heightened, as it’s the difference between utter happiness and utter sadness. Hence the story:

It was my sister’s wedding in March 1983, we were having a great time, with five days of celebrations.  I came to Bahrain for the wedding, and along with me few friends from Dubai as well as some of my mother’s friends from Dubai too.  Each night we would have a new celebration, a Henna night, a Jalsa night, a dinner night, a family only night and the wedding night. Imagine we were out during the days and during the nights.  Each night had a clothing theme and different jewellery.  I still remember that in one of the nights I was wearing a gold built (which I had borrowed from my mum’s friend) and everyone was looking at my waist instead of my face, even though I did have a good face.

On the night of the wedding, my dad looked upset, I said to him (a sentence that hurts me even now) what happened? You look as if someone close to you had died? he didn’t say anything and stayed sulking.  He also didn’t attend the wedding.  I thought he wasn’t in favour of the person my sister was marrying, even though the person was approved by him. During the car trip I was thinking of dad, and why didn’t he show any enthusiasm for the wedding, I couldn’t think of anything.

The wedding night was so great, everyone had a superb time, I still remember that we arrived home late.  My sister (bride) was travelling early morning on her honeymoon. I woke up early as I was to leave back to Dubai that same day. When I came down, dad was waiting for me. “what’s up dad?” I asked, he said as a matter of fact, that my brother had died, and that my uncle had travelled to bring his body from India. My eyes were filled with tears, and I didn’t know what to say. Then he said please tell your mum and everyone.  Imagine? I had to tell mum.

I remember that I had to gather everyone in the kitchen to tell them the tragedy.  I am not the type that can beat around the bush; thus, I blurted it out while crying. My mum fainted. The brother that died was so dear to her because he was so caring, and my sisters where all friends to this brother, he was more than a friend to me, he would visit me more than the others in Dubai. He was a reader, a thoughtful person and he used to stand by us no matter what happened.  Oh, I omitted to say that he was the handsomest boy I had ever laid my eyes on to.

I must say here that the three mourning days were over, and I didn’t shed a single tear. I returned home, and it hit me there and then when I saw his room (the one he occupied during his various visits). People started to call or visit to give their condolences, and I had to go back to work. But the loss didn’t depart from my heart. I feel it even now while writing this piece.

I am not saying that death is easy, it never is, but for death to happen in a time of celebration and to a young person (who was only 21 years old) in a sudden way, was distressing. I don’t think that I will ever get over it.

This essay is written for the “justwrite” group