That was the day I heard that my grand daughter was born, she came a week early, as I had planned to be there when she was born, but she decided that she wants to come to our world early, I think she is as restless as I am .  I Looked through my hotel room window I saw a hint of a river, I can curse myself as I have been here for almost a week and never noticed it, so I decided to venture out and see more of this fascinating city. It was very cold, so I wore my heavy jacket, my gloves and my hat, and went for a walk.  It wasn’t a river after all, it looked like a branch of a bigger river, surrounded by trees, shrubs and a lot of lovely flowers; the colours of autumn were fascinating with lots of leaves on the ground which got mixed with the rain and made it difficult to walk fast.  The zoo was on one side, and the lamas were sleeping outside their cages looking serene. few people were around that huge area, the Park that was on the other side was lovely with lots of spaces for picnics, chairs and benches everywhere and a lot of children play grounds. However the park had no one in it? was it the cold weather that deterred people from going out and having a great time, or was there few people living in that area? or was it that no one wants to enjoy the outdoors anymore? 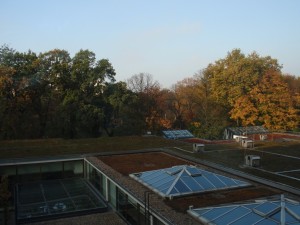 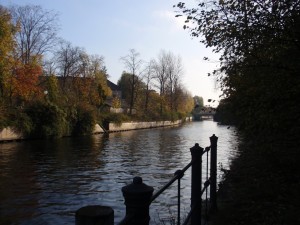 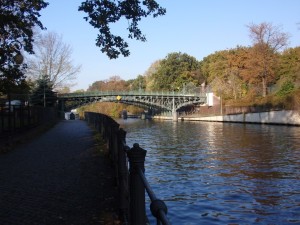 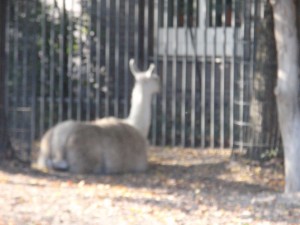 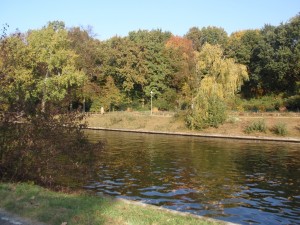 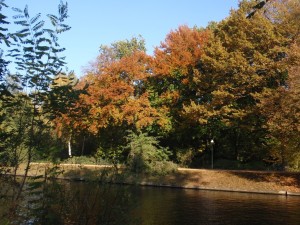 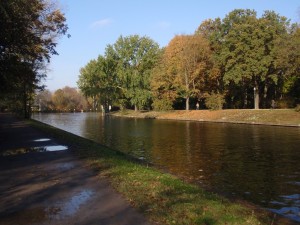 The I saw a cyclist, and a woman walking by, so I pretended I am taking a picture of the area and sneakily took their photo, just to prove me wrong about not seeing anyone in this pretty area. 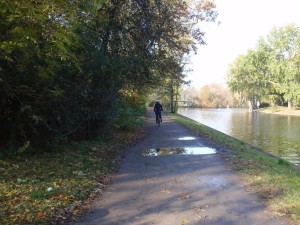 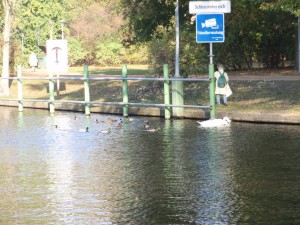 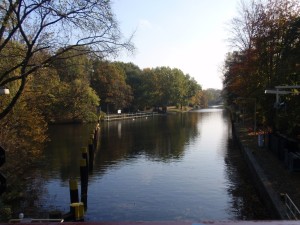 This river had so many little bridges so people can go from one side to the other with ease, but no people were passing these bridges the day I walked on them! I am wondering if this is a consistent thing or were they trying to give me space to think and contemplate? 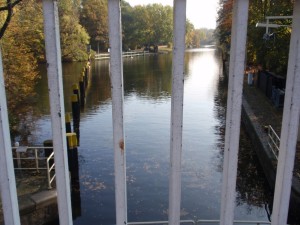 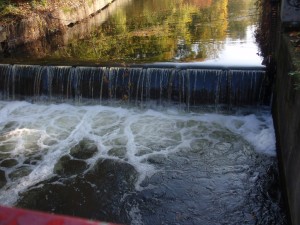 I wish I had brought some bread to fee the ducks, as there were lots of them and with varying types too. 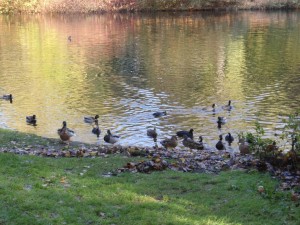 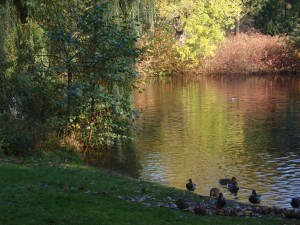 I bid a final look at the river, and promised it to visit again, I thought he was lonely and needed someone to talk to other than the ducks, the lamas and the birds.  I wished more children will play in that area and more people would visit. 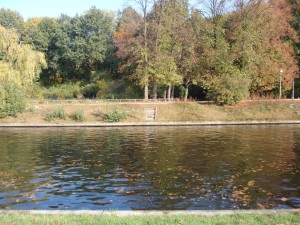 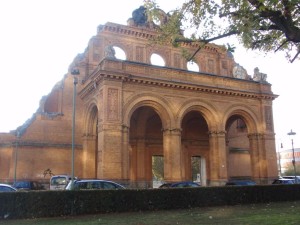 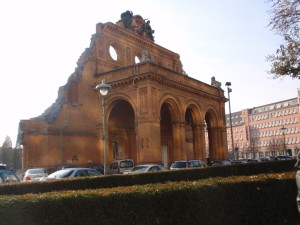 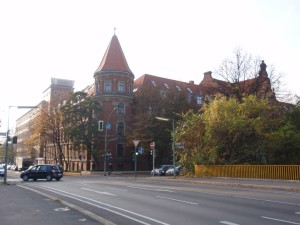 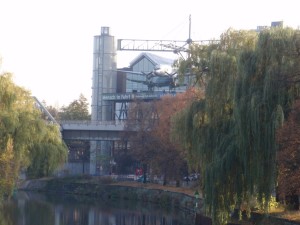 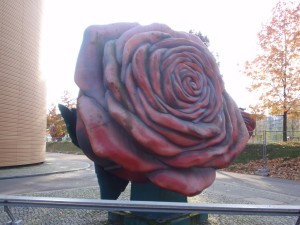 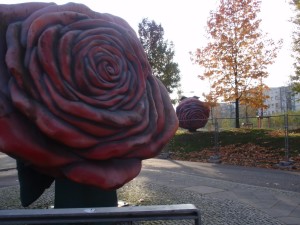 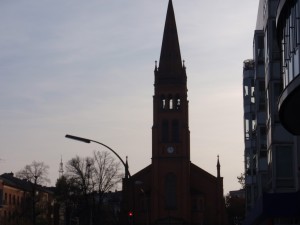 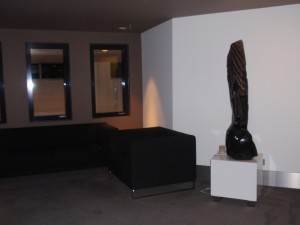 What amazes me about Berlin is the imagination of the people that live in it. You do not see an area without an artifact, or a sculpture, they do lots of things to cover an ugly area, like have sculptured roses to cover a building site, or a real airplane on top of the technical museum, or leave just a piece of a great wall that separated families from the same origin for years, or a gate from a different era just sitting in the side of the street waiting to be photographed by people like me who wonder around without a tour guide to stumble upon things that tour guides do not want to show to travelers

When I finally went back to the hotel, I felt a sense of lightness, maybe its the long walk, maybe its the cold weather, maybe the water or the ducks, but its most certainly the friendliness of the things around Berlin. At that Moment, I noticed this sculpture, it means nothing to me, but to its creator it must mean the world.

Follow Me!
The day of the sick My sincere apologies
Scroll to top