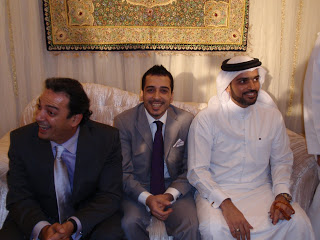 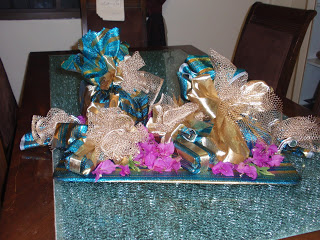 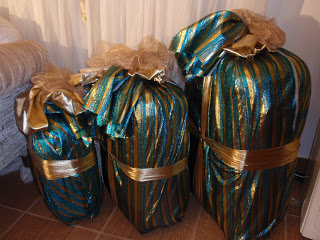 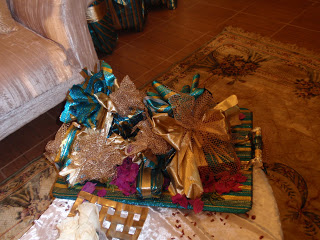 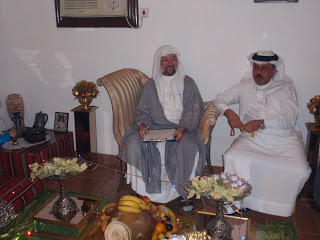 Even though I attended my own marriage ceremony and many of my friends, relatives, siblings, and even complete strangers ceremonies but one like my son’s I never attended. It is not because it was different, it is not because it was extravagant, and it is not because it was in a house! It is because it was my son’s, I was so happy to attend it, I was orchestrating it, I had lots to do with it. From the time he indicated that he wants to start dialogue with a girl to see if they match each other till the marriage ceremony night my emotions were growing like a bubble gum bubble, I must say though that it was not a bubble that was going to burst, it’s a bubble that was going to encompass the bride and the groom and cover them with happiness ever after. I wanted a fairy tale for both of them, and I am certain that a fairy tale is what they are both going to have.

Let me start from the beginning, it was April, and I was going overseas, he asked me to call the mother to ask her if he can talk with the girl by phone (we live in two different countries, and he was introduced to her by my sister in law, they both wrote BBM messages to each other until they were comfortable enough to talk by phone). After the necessary introduction and information about who are we, and who are they and what not, she asked the father who said ok. This went on till July, when we went to her country to propose. The men went to the mens house, and the women went to the women’s house, the men were talking on behalf of my son to the father, and we the women asked the mother. Normally there will be gifts and a ring; the more exaggerated the gifts the better and it shows that you are both interested and generous. Being generous in weddings dismisses the idea of how stingy a person is, stinginess is not a characteristic that one would want to have or be associated with. So my sister asked me to buy some expensive perfumes and a lovely watch, and my sister in law took me for the gift wrapping of the gifts, the chocolate shop and the flower shop. I had a ball that day, trying those exquisite chocolates made my day even happier. We couldn’t wait till the night came and went to the fiancé’s house.

Once the men finalized their agreements, they brought my son to women’s place, where lots of photos were taken and dinner was served. It was a lovely night, my happiness started to increase as I saw my son and the girl looking shyly at each other. They both of course talked for long on skype and saw each other few times either in her country or in our country. So it was not the first time that they met.

The marriage ceremony day was set and the wedding dates were also set, and we panicked, even though the difference in times was more than couple of months, however, it was too short a notice to do everything that needed to be done. So we embarked on the plans, the purchases; my husband taking my son for the various suits, I go the jewelry shops, and look at rings, he looks at rings, my husband looks for rings, my sisters looking for rings, mum looks for rings, and the whole world is looking for my future DIL (daughter in law). The wedding set was also a painful exercise, the bride wants a tiny set, I want a medium size one, and the mother wants a humongous sized one, so we find sets, take a photo of them, send them to her, she likes them, but the mother doesn’t and vise versa. At the end we all made up our mind on this beautiful set, and that was that. Then we had to make the size of the rings smaller, we didn’t know that there were many version of ring sizes, English, American, European! Apparently the fingers are like the body, and of course to confuse everyone, the sizes differ by country. So we managed a size, which was a teeny weeny bit small on her!

In the UAE, people give the bride bags full of gifts, these can be cloths, night dresses, matinee dresses, evening dresses, shoes, bags, accessories, anything you can think of you can put in those suitcases. And as we were travelling to another country, and know what airlines do to your bags, we didn’t know what to do? However we found nice and colorful suitcases, put all the stuff inside them, and wrapped them with plastic wrap to protect them from damage. When we reached the other country, we went to material shops to buy the colorful fabric that used to be used to wrap the wedding gifts. My friend and husband were did the wrappings while I and another friend wrapped the jewelry sets.

Of course amidst all of this fiasco we had to also buy dresses for ourselves, and the other accessories to wear on the big day. I tell you guys, the stress level was so high that the night of the ceremony I swear that I had plod pressure; it went so well, and everybody was happy. Now we have to think of what we should do for the wedding parties, mainly the giveaways, and the invitation cards. So far I have invited more than a 1000 people, so if you have donations to give please send them out way.

Follow Me!
Marriage? how do we see it? Ways to be happy in this life
Scroll to top