I felt really ashamed today, as I have been living in the UAE since 1981 and had never gone to the area called Bastakiya in old Bur Dubai. although I lived in Bur Dubai when i first came to the UAE, but being a lazy person I never ventured out to see what is available.   So when I got the invitation to attend the Iftar (breaking of the fast) I decided to attend no matter what.
The area is amazing, with all the old style houses being converted into boutique shops, galleries and other interesting places like Sheikh Mohammed Centre for Cultural Understanding (SMCCU), which is apparently open to the public around the year to introduce everybody to the life and culture of the UAE people. very interesting indeed.
the dinner (Iftar) was held in the courtyard of the SMCCU wind-tower house in the heart of historical Bastakiya, Old Bur Dubai, the evening commenced after the Athan (the call to prayer) at sunset. at least 200 people attended the function and broke their fast with the Emirati hosts by enjoying  Arabic coffee & dates, then took a moment to watch your hosts pray before Iftar is served.
The nationalities are in accordance with the nationalities that live in the UAE, I think we are the only country that has people from 192 countries, and we are proud to say that we do not distinguish between any of them. Even though we have our separate functions, but those who are inquisitive are welcome to join us in our celebrations. The food that was served consists of our regular staple food that we normally have in Ramadhan, which consists of various types of rice with meat, Therrid (bread soaked with meat and vegetable soup), Harees (veal and wheat cooked over low fire for at least 10 hours). All the types were really nicely cooked, and somehow they all taste like the way my mum cooks our Ramadhan dishes. 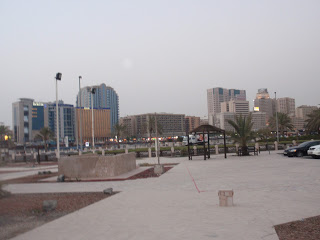 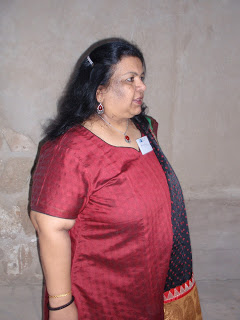 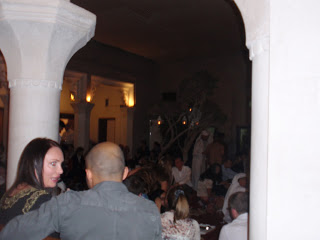 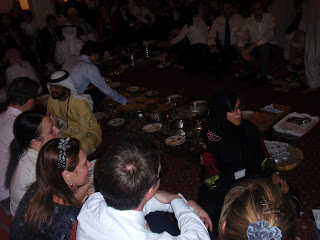 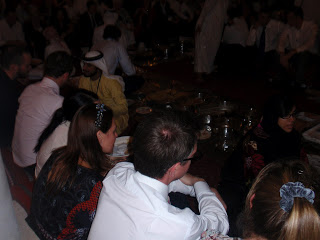 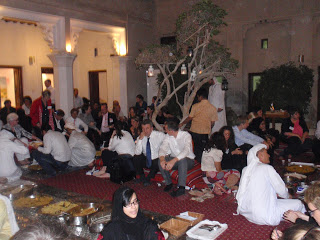 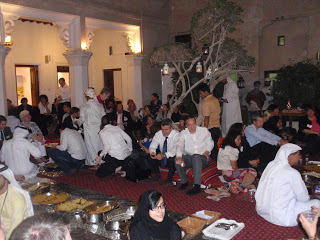 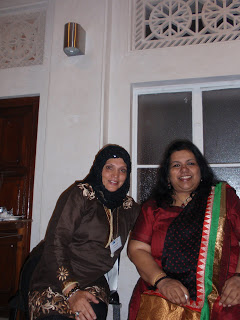 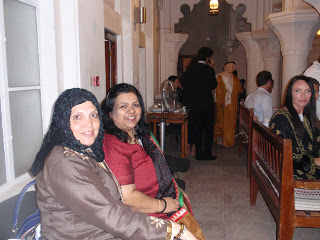 After we finished, my friend and I walked around the area, and saw a nice old style cafe (or that is what we thought at least) so we went in, and asked the guy sitting there if they sell tea or coffee.  The guy was very welcoming and the waiter was wearing Arabic style clothing, then he brought us the tea with milk and water, and then we find out that the place is a private place and amazing one too, it was created by some of the people that used to own homes in Bastakiya and had to move out when the government decided to have that area as a heritage area.  we looked around and noticed the pictures of the visitors, imporatant people like Lady Blair, the king of Swedon, Prince Charles and Camilia, and a famous football player are only some that my friend and I knew about, many others that we dont know.  also they have decorated the place with old pictures of Dubai, the family tree of the Maktoom family, and also had the first picture of the united emirates rulers.  We thanks them and left, of course I had to take some pictures to remind me of this amazing experience. 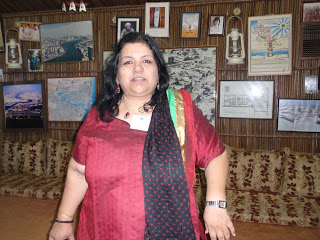 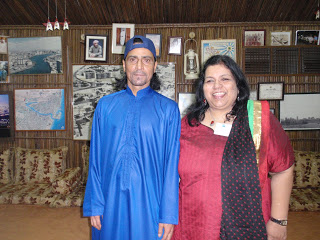 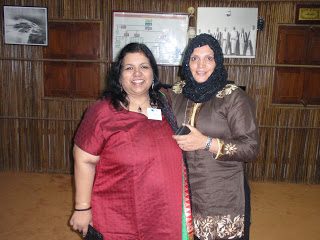 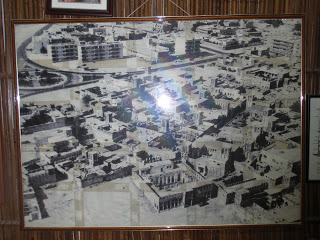 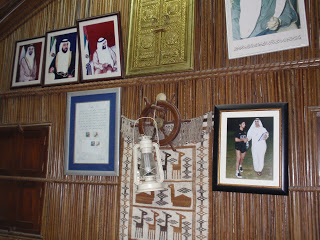 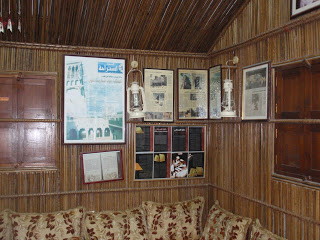 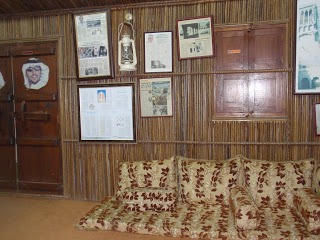 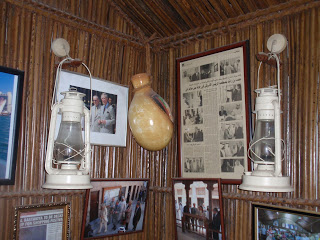 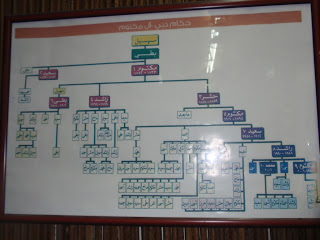 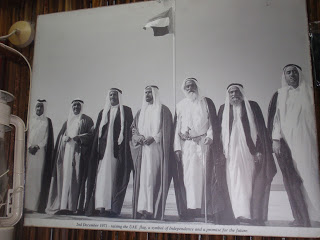 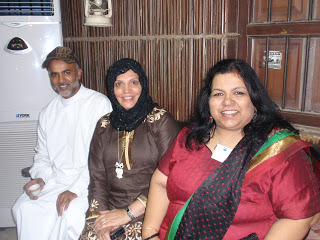 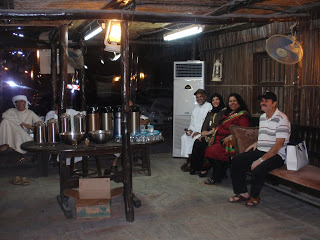 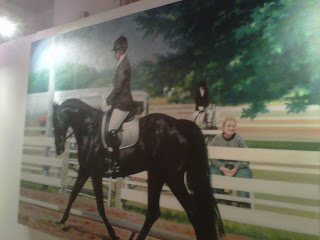 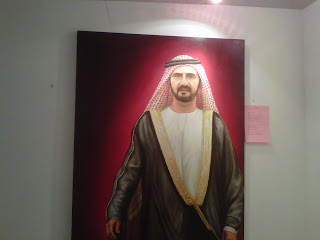 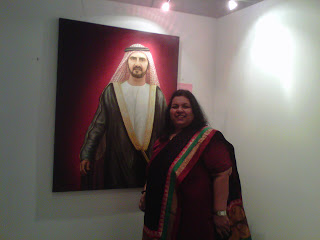 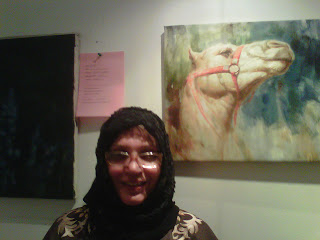 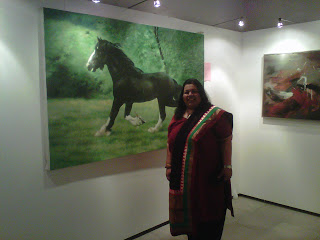